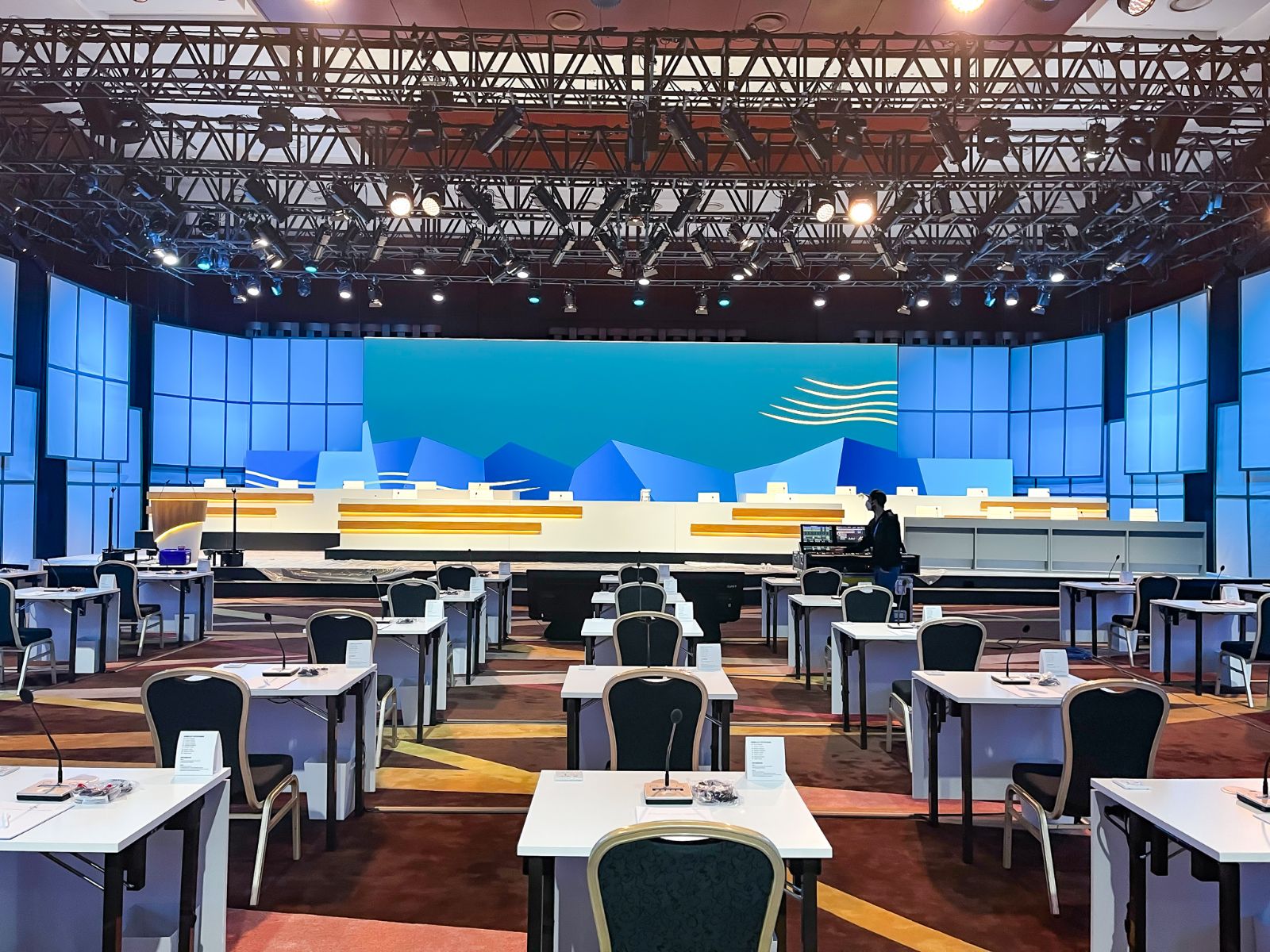 For a general assembly during a major sports event like Beijing, a perfect flow is of great importance. Two major hurdles influenced this process: the pandemic was still making itself known worldwide. In the host country China, particularly strict rules and regulations applied around the sports event in Beijing. For example, no new purchases could be made on site. Accordingly, a high degree of flexibility was needed from all organisers. Thanks to precise construction scheduling as well as reliable execution planning, the general assembly member’s expectations were met and exceeded at all times. In addition, the cooperation and collaboration with local partners made an important contribution to the project management in order to stage a high-quality event. Overall, the general assembly of the association benefited from the offered capacity to act and adapt, which Scenotech as event architect exemplified constantly.

At a major sports event in Beijing, most eyes were on the athletes’ performances. At the same time, one of the participating sports associations had plans that went beyond the athletic part of sports. More than 200 board members, stakeholders, and media representatives met for three days during the Beijing sporting event to make important decisions about the future of the association and the world of sports itself. To accomplish this, they enlisted the services of Scenotech GmbH, an experienced event architect. 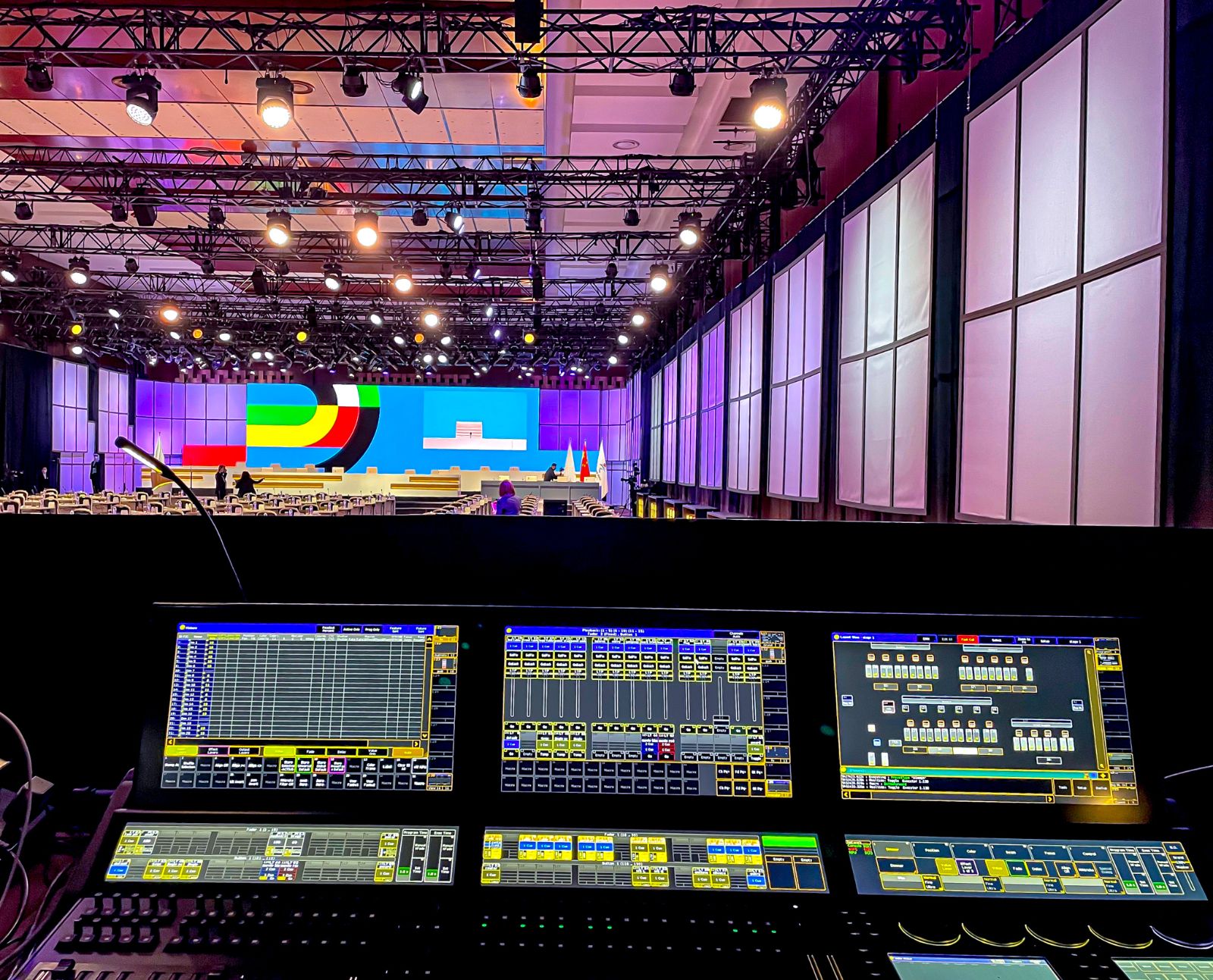 Production for streaming via internet and world feed

Translation of the streams into six languages

Large-area speech reinforcement via matrix, with one microphone per board member and guest participant, total number of 135 table microphone units

All around the assembly, the client could rely on Scenotech continuously, from construction scheduling to execution planning to the event’s ultimate realisation. Thus, the client had insight into the project trajectory throughout the entire process, was able to obtain strategic advice, and benefited from the feasibility studies prepared during implementation. Of course, all the client’s open questions and requests were taken into consideration at all times, so that the event design could be implemented to the client’s complete satisfaction. Scenotech’s services before and during the sports event in Beijing included: 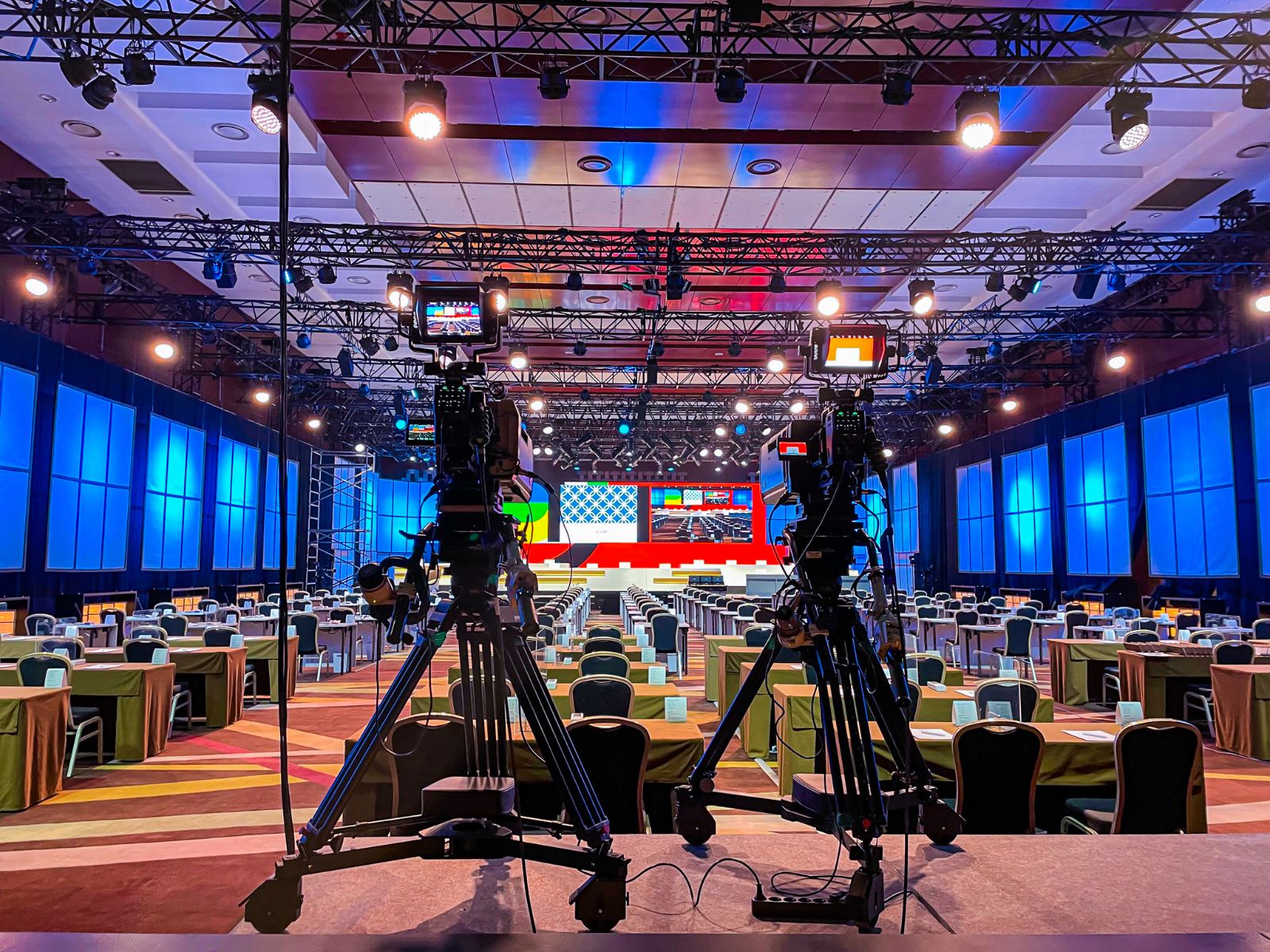 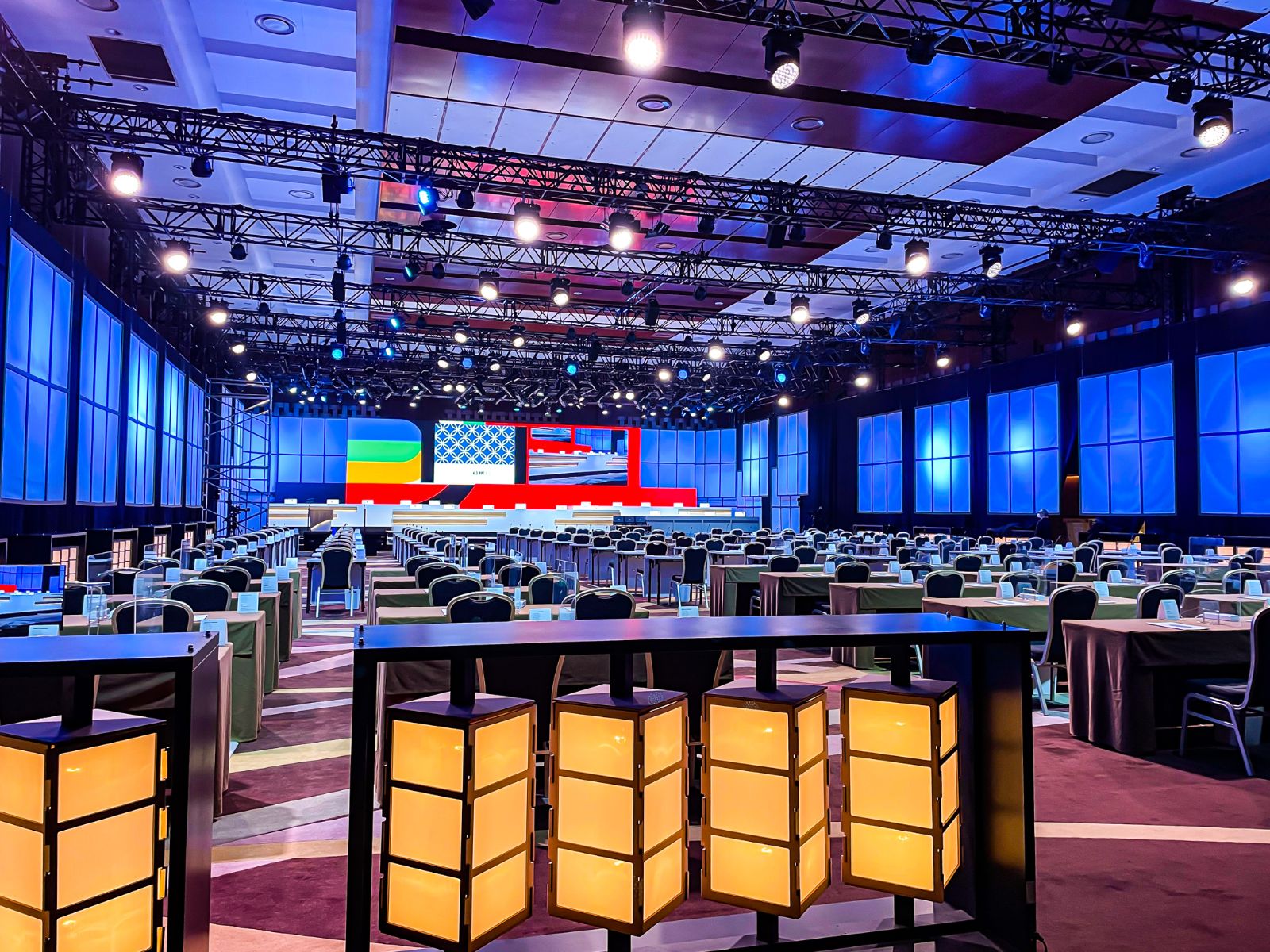 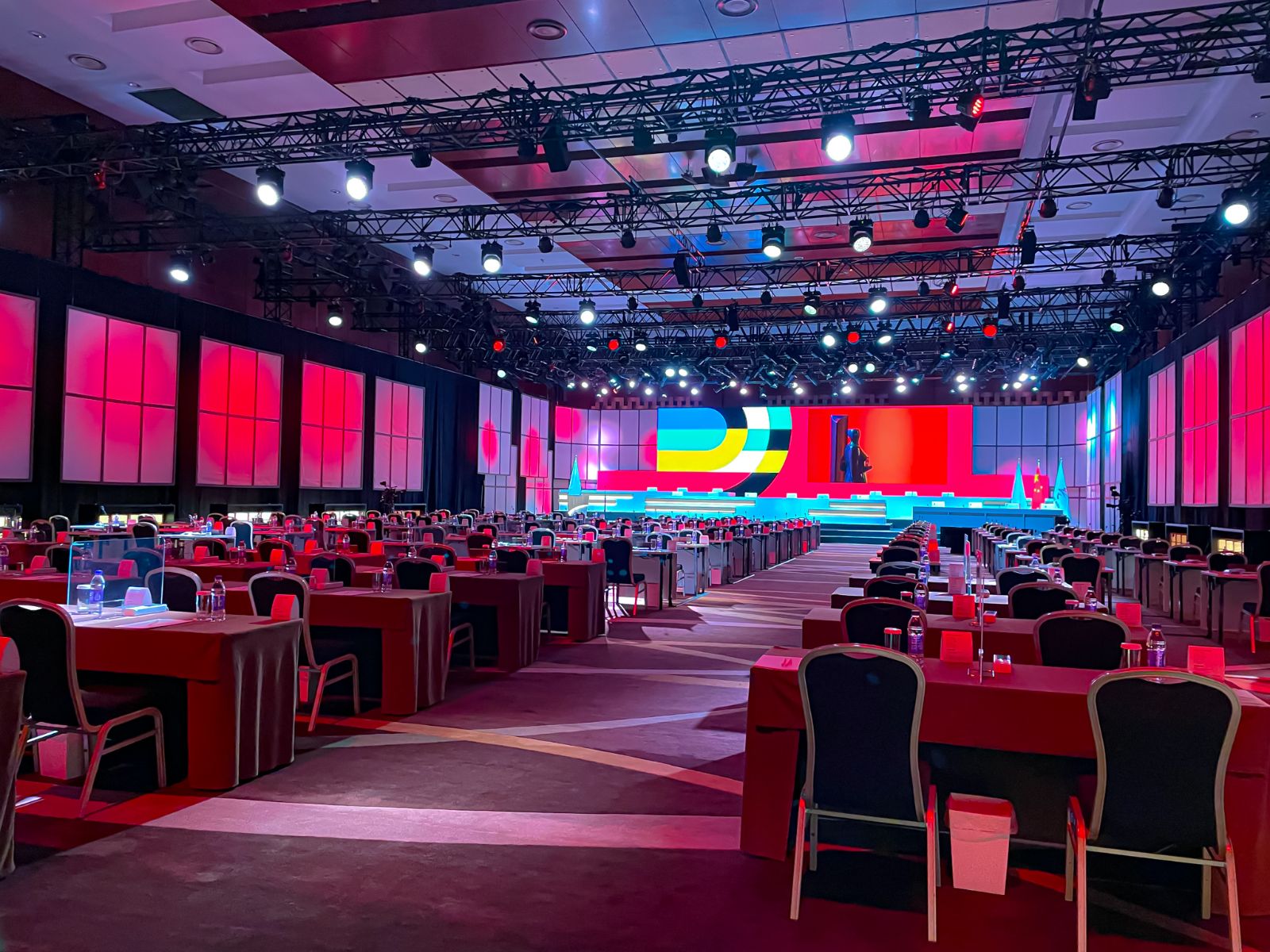 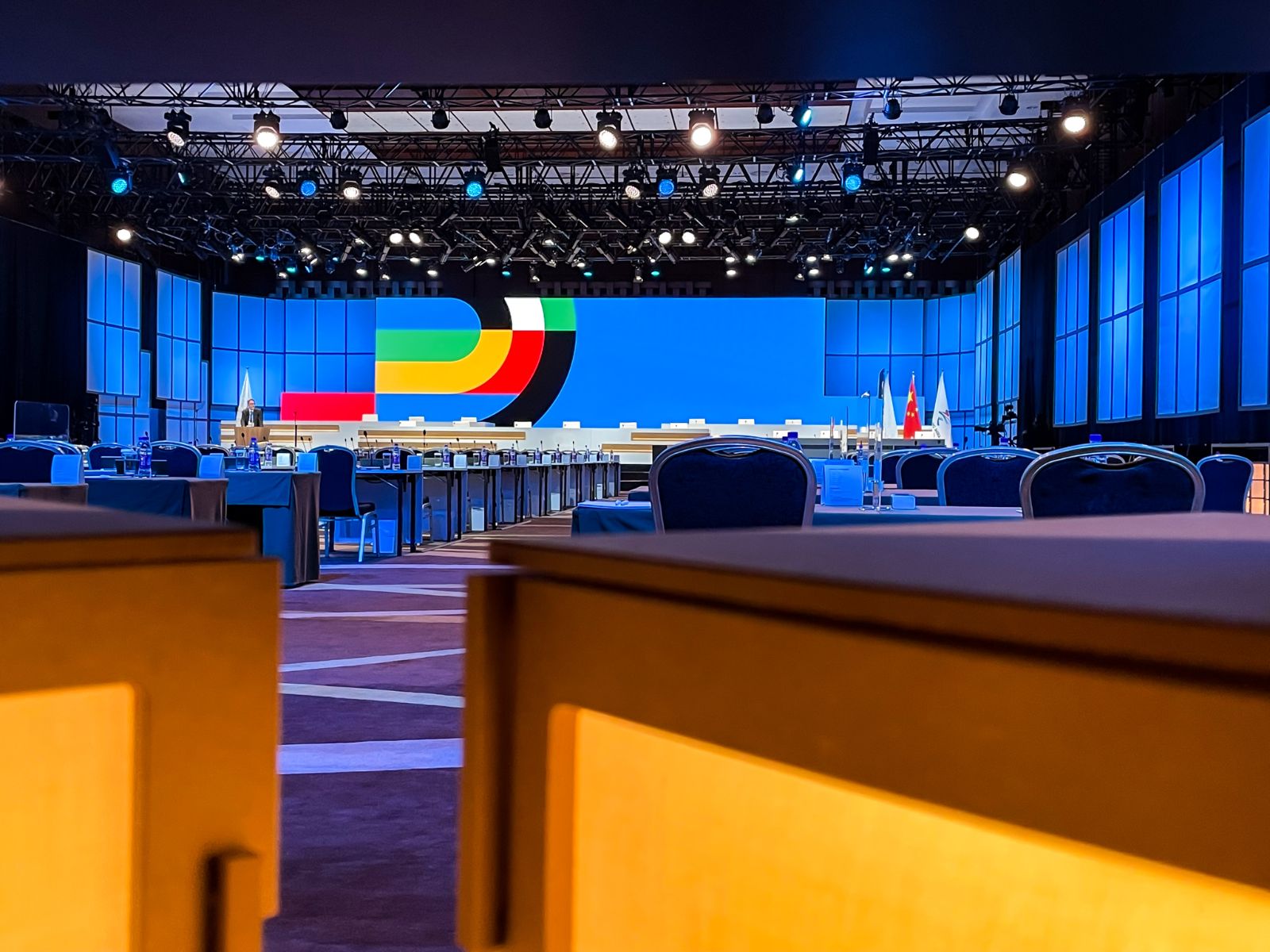 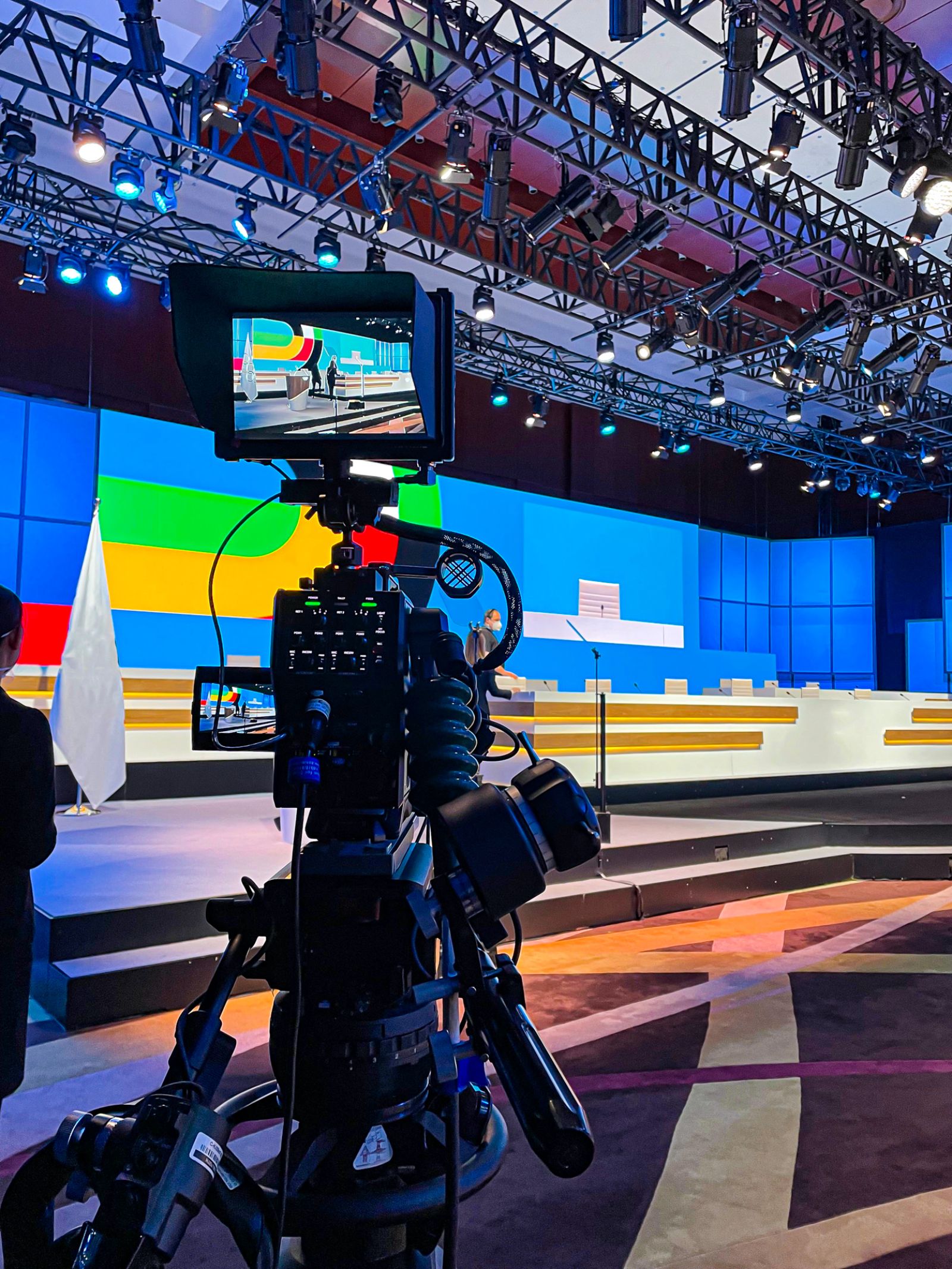 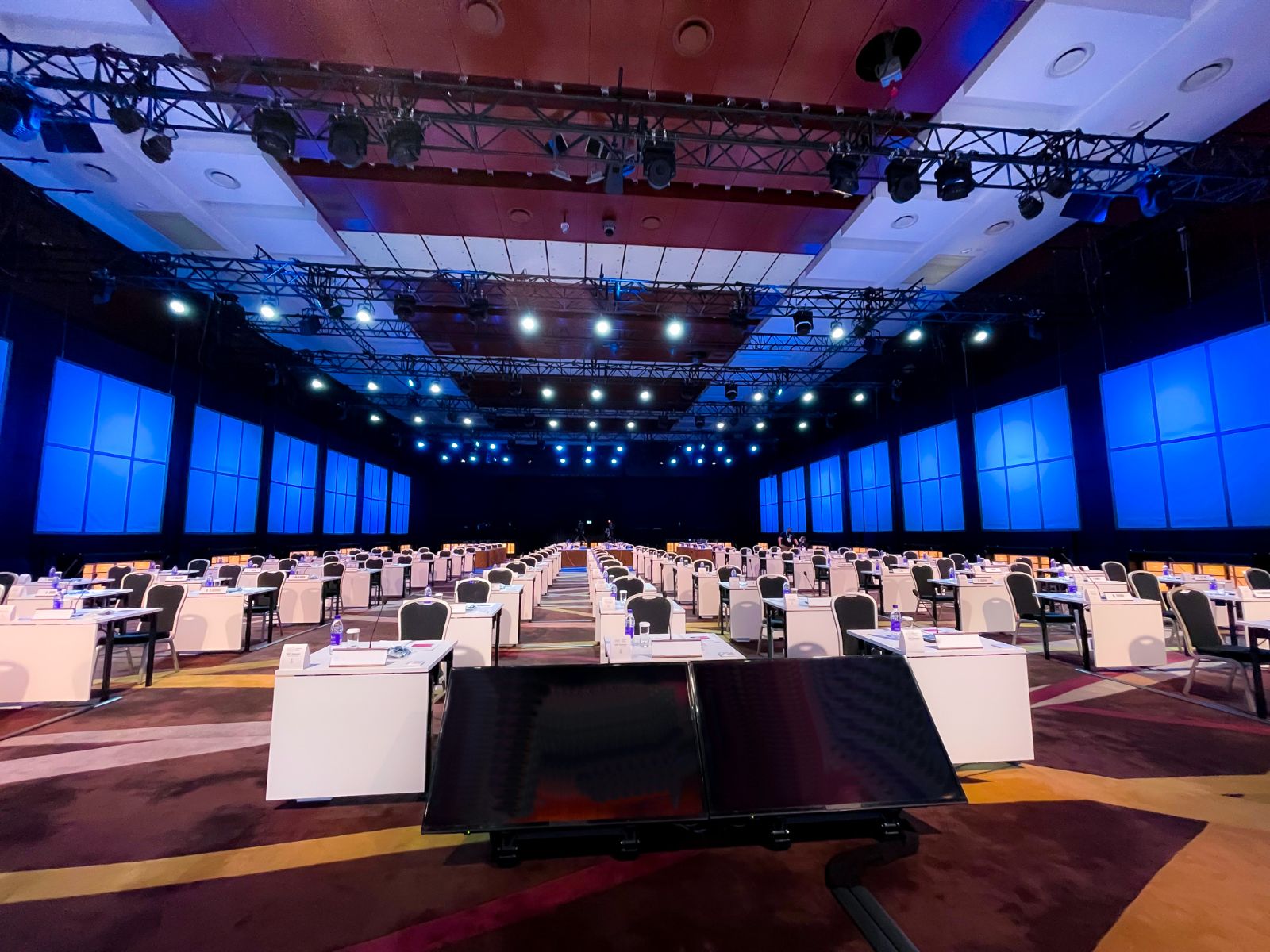 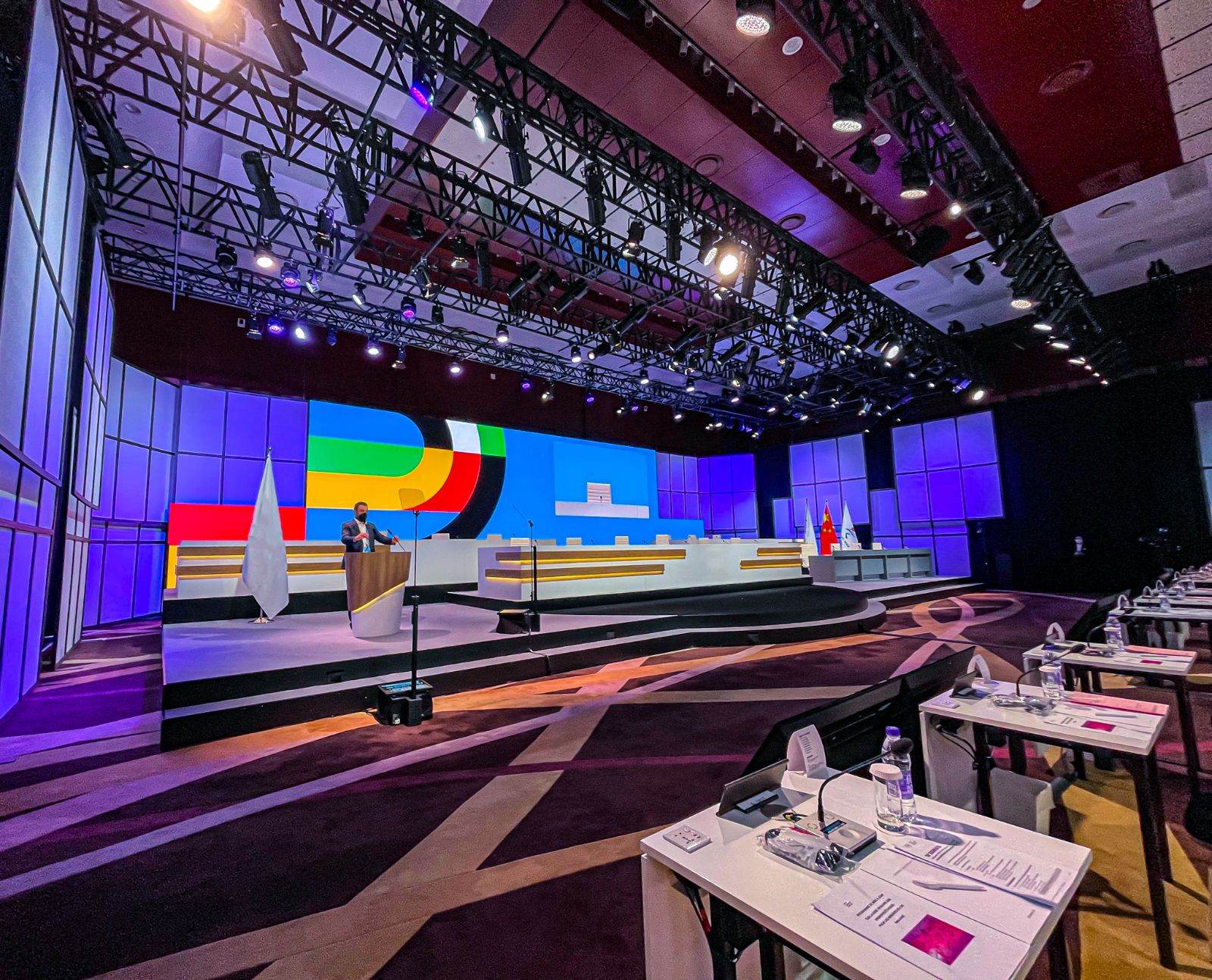